Guest contributor Alex Murphy is President at DCM Shriram and a Privilege Member at Rugby Football Union. From time to time will be sharing his thoughts and observations from his life in Gurgaon, Haryana, India. Today marks his first time writing for trefor.net.

The drive to work throws up the usual list of crazy antics this morning. However the bodies of four dogs lay by the side of the road, victims of late night speeding drivers who don’t even slow up at the point of impact. Their bodies will be gathered up later, taken away and boiled to make patent glue. I also got overtaken by a cop bike with flashing lights, with three cops on it, two with machine guns! 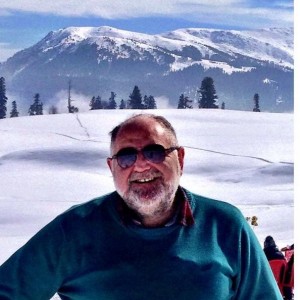 Every morning you see cars and auto-ricks full to the top with people. 10 in a fiesta sized car is nothing unusual and 16 in an auto-rick, about the size of an escort van, is my record. No seat belts, unrestrained children and 180,000 deaths a year. But there is no choice. 1.2 billion people have to move around. They have little money and they must share whatever mode of transport is available. If that means over loading cars, sitting on the roof of buses, hanging precariously onto trains, then that’s what they have to do to reach their destination. The goody goody mob from Europe, the anally challenged safety crazed serial jobs worth would explode if they looked at what goes on here. But there really is no alternative. The transport infrastructure simply does not exist to move the volumes who need moving daily in a controlled, safe way. Yes they take a risk every day getting on sub standard buses, auto-ricks held together with Sellotape and cars that would not be out of place in a destruction derby in UK. But the name of the game here is survival, and for that they are prepared to take the ultimate risk and tragically all too often pay the ultimate price.

I’ve also learned another important lesson this week, Indian drivers only look forward. Not left, right or backwards. They have no peripheral vision. They have mirrors, but mostly they are folded against the vehicle to stop two wheelers ripping them off. But as everyone only looks forward then it’s accepted that you only have responsibility for what’s in front of you. Thus when you join a main road from a slip road, it’s not your problem what’s coming from behind, they are responsible for varying their path to avoid collision. And it’s the same everywhere, if you are behind, you must find the solution. Funnily enough in a wired kind of way it works. The high levels of road deaths are not due to the quirky driving. They are usually speed, alcohol and truck related, with many being pedestrians who wander into the roads on the assumption traffic will stop, it doesn’t. Can it be changed? No I don’t think it can. I saw a guy on a mobile phone this morning so totally engrossed in his conversation he ran into a parked car. He drove on, without a second thought. Now, I still try and drive like a Brit, but truth be told if you give way, merge in turn, stop at red lights, drive the correct way down a dual carriageway, graciously let traffic in, then you will get nowhere very very slowly.