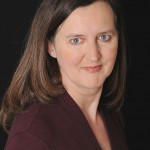 This year is the 800th anniversary of Magna Carta, the Great Charter that established the right to a fair trial and  put an end to arbitrary justice in private hands. What, you may ask, does this have to do with technology policy for the 21st century? It’s a strange twist of fate that this year, in Britain, we face calls for private companies to take on the role of  (secret) police-man, judge and censor all wrapped up in one.

Post-election, the government of whatever colour – blue, red, yellow, purple or green – will have to face up to policy issues concerning the technology that runs our lives and the companies that control the underlying infrastructure. Broadly, the issues fall into two categories:

In both cases, the issue is whether technology companies can be asked to take action in respect of individuals and their private communications  at the demand or insistence of third parties. Those third parties might be governments but might also be other private or public interest groups with a range of  aims relating to, for example,   terrorism,   children,   defamation or copyright.   The kind of action they might be asked to take is to  block or filter content; or collect, store and supply data.

The suggestion by intelligence chief Robert Hannigan, in his Financial Times article, for a public debate is absolutely welcome, and it will be down to the next government to show the strength of character  to facilitate such a discussion.

My plea to politicians and government officials  is that they should not simply accept these kinds of demands at face-value. They should try to understand the importance of the balancing act that they are obligated to carry out when addressing individual communications. These obligations fall under the human rights framework and they  take us back to Magna Carta and the stand against arbitrary justice.  Whatever the policy aim, it is paramount that the government must balance such demands against rights to free speech and privacy, and  ensure that justice is conducted with due process.

There is scholarly and legal opinion that mass retention of communications data  puts privacy rights at risk. In particular, the risk concerns abuse of powers of access to the data. From local councils seeking to get at dog owners, as apparently happened a few years ago, right through to very nasty possibilities of  the misuse of data to spy on and pressure innocent individuals, such possibilities must be guarded against.

Similarly, it is widely recognised among experts that the blocking and filtering technology implemented by the broadband providers is capable of interfering with free speech rights,  and there is a growing body of case law to that effect. This is especially the case where the filtering is carried out with no legal basis, using secret black-lists created by third-parties, and outsourced to companies operating in other countries under foreign legal jurisdiction. Arguably, such filtering represents  an intolerable interference with a precious right to freedom of speech and uncensored publishing that we have enjoyed for over 300 years since the lapse of the Licencing Act in 1695.

In the country that gave birth to Magna Carta and to the most essential principles of democracy, it is incumbent on policy-makers to remember that any decision  regarding interference with personal communications and online content  must be necessary and proportionate, meet a legitimate policy aim and be provided for by law. Private corporations are the kings of today. Like King John, they should not be above the law. They should also not be asked to enforce the law.  Arbitrary demands that technology companies take action without the proper legal basis, arguably puts democratic speech on a slippery slope going backwards.

Dr Monica Horten is a Visiting Fellow, London School of Economics and Political Science. She is an independent expert on  the Council of Europe’s Committee of Experts on Cross-border Flow of Internet Traffic and Internet Freedom. She is the author of two books:  A Copyright Masquerade: how corporate lobbying threatens online freedoms and The Copyright Enforcement Enigma: Internet politics and the Telecoms Package and writes the Iptegrity blog   (Twitter: @Iptegrity). She has a new book on Internet policy forthcoming from Polity Press in early 2016.  She also has a forthcoming paper on free speech rights, private actors and the duties of the State.

Some sort of programming glitch?