I know, I know. It seems anathema, really, in a world of hyperfast comms, but sometimes it’s not the broadband pipe to your place at fault.

Let me apologise for my absence. Part of it was indeed the pipe. It broke. Big style. Then, once having realised the connection was non-functional, my next problem was actually reaching the people who could fix it. I rang and rang. And rang. Which is not so easy when you have no mobile coverage and have been relying on t’interweb for VoIP. (When did all the phone boxes get taken away to be showers in boutique hotels, anyway?)

Since being fixed, (which I say glibly, like it was some menial task and that all is well again; which it wasn’t and it isn’t) the problems have continued and have become, as many have discovered when buying from a different service provider than those in charge of the pipes, a whole new kettle of fish. Stuff doesn’t work, though of course I am paying for it to work. This has now become a debate sinfin with a World Cup level of ball passing prior to someone paying for a penalty to occur going on.

It seems we are now into the phase of network and traffic management issues. Is this the precursor, the “getting you adapted phase”, for the real sting in the tail of what is going on with net neutrality?

You can run a squillion speedtests. None of these will prepare you for how an app, a service, SAAS, a program, a feed, etc. will work because YOU, the consumer, cannot possibly know where the resources are being directed by your provider or any of the other servers on the network you traverse as you meander round the net. However righteous your purpose, or however much you pay per month, those ol’ servers may not play ball with you if they are set to a different mission. 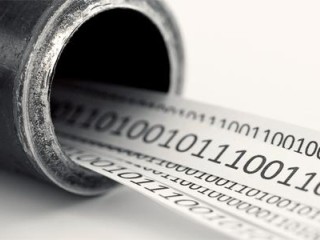 Oh yeah, you have a fat pipe all right, but it is only to the tap in your garden. Beyond that, the water pressure can be raised and lowered as the supplier chooses, and that can include dribble as much as flow. And for this there is no regulation. If your supplier decides to divert all resources to watering pitches in Brasil whilst you look to prepare the wicket at Headingley — tough. This ain’t cricket, you may shout. (Hooray, it’s finally the season for whites and willow and sandwiches on the green.) Your complaints will go unheard and actually your supplier may be entirely unable to solve the problem, however fat the fibre optic pipe (more likely slim and tired Victorian copper) to your house. If a server somewhere across the network has decided to …um…not serve, then the bits wot you need to do whatever it is you wish to seem to go into hiding. Not available., time out, server not found, etc.

Packet and traffic management has been ongoing for a long, long time, but as it just acquired serious pound signs we should expect it to get worse. And it is being pushed to regulation by corporate lobbyists to become far, far worse yet.

Allow me to offer an example. Google Hangouts ought to have a reasonable allowance of resources, especially as Google (must) have access to video compression technologies similar to those we all enjoyed in the days of dial-up, or over existing mobile networks with limited bandwidth. But….watch the picture quality — which is quite important for video, methinks — when the resources appear to all be diverted to the latest buzz.

It could be an online concert by 3F (or whatever that dreadful manufactured band is called), the Dalai Lama giving a speech, or a long play item that Google knows will attract long tail viewers. Your Hangout quality will suffer.

Is this about capacity or fit for purpose or quality of content per se? No, it is simply about MONEY.

Your fat pipe is only as fat as it is permitted to be. And the permissions for certain content are fast being restricted. Not to deprive you but to over-resource (in many cases) some twonk in a Hummer with his pals going to a celeb dinner, after which some similarly non-contributory person will play drums or fiddle or whatever the latest a la mode instrument their PR says is good for column inches. They will all get a one-minute slot on the news whilst the government restrict reportage of newsworthy issues the populace may object to, and your hangout will pixelate. And your connection will be throttled to make “space” for such. (Trivia?)

Soon, it will be down, simply, to who can pay. To view or be viewed. I’m not sure how peering, etc. will go in the exchanges on a level playing field if those looking to provide everyday folk with the content they seek have to challenge (and outbid) multimegabuck corps. What I can’t see, though, is broadband getting a better rep from all of this when it ceases to be about the tech operating at the speed of light versus who can get the bucks in the bank first to deliver quality content over the pipes. Can you?