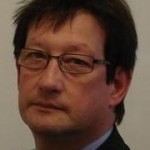 In this broad ranging article, Labour Party member Dave Levy talks digital policy and includes repeal of the Digital Economy Act as one of his reforms for the next parliament.

The issues raised by the digitisation and virtualisation of society by the internet can be seen as broken into two classes of issue, citizenship in the digital age and the digital economy.

It’s not going to be easy to predict Labour’s policies until the manifesto has been published but as a Labour Party Member and a subscriber to the Open Rights Group I am hopeful that on citizenship Labour’s promises will be better than expected by the LibDem led civil liberty lobby. Labour has also thought hard about its digital policy and published the Digital Government Review.

On citizenship the pressure group @LabourDigital has called for Labour to support the EDRI charter of Digital Rights and a number of Labour’s MEP candidates signed up for the charter’s voting exchange.  The charter has 10 points addressing the issues of democratic participation, privacy, equality before the law, and asserting citizens’ rights in intellectual property law. I proposed its adoption on www.yourbritain.com  here, if you can go there and vote it up, that’d be great.

When considering Labour historic record, it must be recognised that it was a Labour Government that passed the Human Rights Act and the Freedom of Information acts,  key statutory rights for the defenders of civil rights and liberties. Labour has come under attack by a number of civil libertarians, not all of it fair in my opinion since their preferred champions, usually Liberal Democrats have an unenviable record to justify over the term of this parliament, the introduction of secret courts, the restriction of legal aid & judicial review and the passage of the Data Retention and Investigatory Powers (DRIP) Act.

Yvette Cooper in her speech to Demos last year, on Privacy & Security, expressed a balance that  many libertarian critics of the last labour Administration would not expect. She emphasised

The digital age generates every second new and amazing opportunities that we should seize. But we cannot duck our responsibilities to face up to the difficult challenges it poses too – to make sure that the digital age serves the public and our democracy, and not the other way round.

Some other aspects of the citizenship debate are hung up on copyright reform where the voices arguing that the content industry’s definition of legitimate copyright and enforcement is a threat to civil liberties and democratic participation are scarce and weak. Intellectual property laws should protect the interests of the creator and of those who are inspired by the creation together with an overarching public interest. They must support the creation of derived works as well as so-called original creativity. The UK’s laws are amongst the strictest in the world and do not meet these goals. The proposals, made law in the Digital Economy Act legalising strong enforcement, private surveillance and industrialising the court process act as a constraint on freedom of speech, the right to fair trial, and continue the moves towards the privatisation1 of investigation and prosecution of crime. The European Union rejected this approach and we should remember David Martin, a Scottish Labour MEP’s role in killing this law at the European level since it wouldn’t enhance the legal rights of the citizens of Europe. The reason that the DE Act has not been back to parliament for confirmation is that now that the copyright holders have to pay for it, they don’t want it2.

The PLP Leadership have been captured on Copyright by the Musicians Union. For the record, there is no public interest argument for the current copyright laws. At the heart is an unjust duration, and an egregiously prohibitive exceptions policy. Harriet Harman spoke of the resurrection of the Digital Economy Act at Labour’s last conference and Labour’s culture team have been captured. They can’t get it through their heads that now that the Music Companies have to pay for the tribunals and IT to pursue fans, they don’t want to. They also need to get it through their heads that this isn’t about Google vs. European culture; if it’s between any two corporations it’s between the US Datenkraken and the big three content companies, (Sony, Universal and Warner Brothers) non of which are headquartered in either the UK or the EU. However, again, the parliamentary opposition to ACTA in the EU and the Digital Economy Act in the UK was led by Labour MPs. Labour’s National Policy Forum has said nothing about copyright; I expect the manifesto commitment to be poor.

There is also a cretinous populism in Parliament, which Labour shares about more e-voting despite all the evidence and expert testimony that it’s dangerous since it opens a huge risk for tampering and other older forms of corruption.

On Privacy the record of the Labour Party is better,  with the European Parliament’s formidable defence of the rights to Privacy being led by Labour’s Claude Moraes and the majority of those MPs who voted against the emergency scheduled “Data Retention and Investigatory Powers Act” being Labour MPs. The commitments to the sunset clause and civil oversight board would not have happened without Labour’s awkward squad and possibly without David Blunkett publically recognising that the Labour Government’s RIPA has insufficient judicial input leaving politically supervised police to authorise search warrants. If clever, this could be a differentiator between Labour and the Tories since Cameron seems to be happy with a politically authorised warrant, one would hope that might be picked up.

On the broader economic issues and on government projects, Chi Onawurah MP, the only engineer in the House of Commons and Labour spokesperson on Digital Government has commissioned a review and is developing a series of policies for Government. The review focus very much on the Government as a consumer. The key differentiators between Labour and the others will be on the issues of ownership and inclusion.  On technology as a macro-economic growth engine, Labour has the strongest policy and understanding, addressing explicitly digital skills, local authority partnerships, commitments to open data and proposing small steps towards public money buying access and usability, the need for an ethical government data management policy and the centrality3 of open standards & licenses (again). The proposals for an Investment Bank and the reduction of tuition fees are also knowledge economy issues.

My four critical proposals are for reforms that

In addition I’d argue that the Digital Economy Act should be repealed. It’s unworkable, the music companies no-longer want it now they have to pay for it. It makes the UK one of the most restrictive legal regimes in the world, more so even than the USA.

While the remainder of this piece talks about issues broader than the digital economy and digital society, they remain important as reasons for selecting who to vote for.

The election is likely to be tight, there are committed libertarians standing for re-election as Labour Candidates who have got all the big digital liberty issues right. If they are all returned then the Parliament will be a better place for the politics of digital citizenship. Labour’s awkward squad will vote against the whip, we don’t know about the courage of the LibDems. For those for whom these issues are critical, you’ll need to find out what your candidates think, the dynamics within the parliamentary parties may become as important as the manifesto commitments.

Also by making an individual constituency decisions, we can help ensure that more expertise will arrive in the next parliament since it’s woefully short in the current one.

Other things are also important

There is no doubt that for many people issues such as macro-economic policy i.e fiscal and monetary policy, the funding and governance of the National Health Service, Housing, Education and Energy will more important and for them the choice is obvious; there are only two realistic candidates to become Prime Minister but for those concerned with the state of the politics of digital, a Labour led House of Commons with a strong pro-citizen group may well be the best result. The coalition result on surveillance, privacy, secret courts, legal aid and secret courts shows the potential future. The Coalition’s Minister for Justice argues for the withdrawal from the EU and its court and the European Court of Human Rights.  If the politics of digital is your first priority, then you should find out what your MP or PPC thinks and recognise that you are voting for an MP, not a government.  To these broader issues, I’d add that Ed Miliband’s promise of a constitutional convention maybe the best bet we have of getting a genuine proportionate voting system in place as well as abolishing the House of Lords.

Dave Levy has worked in IT for over 30 years, employed in Government, Financial Services and by IT Systems Vendors. He continues to work as a consultant, primarily in the City of London. While working for Sun Microsystems in the late 2000’s he represented them on NESSI, the European Union’s internet industry R&D incubator. Dave is a member of the Labour Party and a member of the Open Rights Group’s Supporter’s Council. He writes here in a personal capacity, these opinions do not necessarily represent those of his employer, or anyone else. He blogs on Technology, Politics and Technology Politics here. (http://blog.davelevy.info)

Other tech reg posts include:

1 For the logical endpoint, of the privatisation of law enforcement, see Jennifer Government.
2 It’s more complicated than this, but for reasons of space I’ll leave it there.
3 This is clearly easier said than done, since the Tories promised this in 2010.
4 This is a slogan but the UK should adopt the US principle that the public sector’s knowledge assets are available to the public.