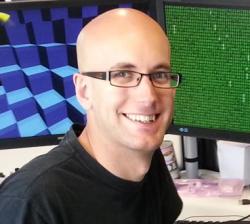 You might ask yourself what WWF has to do with VC and HD? In fact you are probably wondering what the acronyms actually stand for and what have they got to do with Wembley.

We are talking World Wide Fund for nature, Video Conferencing and High Definition. (I knew that do I hear you say 🙂 ) and all three were being discussed at a Polycom seminar held looking down at the magnificence that is  the pitch at Wembley Stadium.

WWF is launching a programme to help businesses cut the number of flights by 1 in 5 and as a leader in the VC game Polycom found it expedient to have representatives along to make a presentation.

Obviously Polycom is using Global Warming and the need to reduce carbon footprints as a sales tool for its VC systems but the cynics amongst you should not poo poo this as it is a perfectly valid/nay sensible thing to do. VC does help cut down on business travel and thus helps save the planet as well as reducing costs.

One of the reasons I attended was to hear what Polycom was doing with Microsoft on OCS. Turns out they make some of the handsets and are producing a couple of VC products (HDX4000 and HDX8000) that integrate with OCS (more details anon I’m sure).

What really interested we was the fact that Microsoft has 11,000 staff working on rich media collaboration, apparently more than the rest of the industry put together. One of the OCS phones doesn’t even have a keypad. Microsoft is saying that you only need your desktop. The Polycom perspective on this is that businesses haven’t gone for desktop VC because of the difficulty of maintaining dispersed resources. It’s hard to see Microsoft getting this wrong.

There were lots of other interesting facts being bandied around: