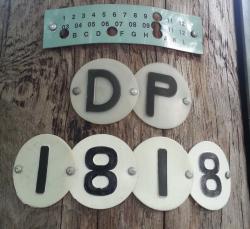 Timico, as the post title says, has been named by The Telegraph as one of Britain’s Brightest Businesses. That is good to hear.

The research was compiled with the help of NESTA and Dunn & Bradstreet together with inputs from more than a dozen membership organisations and is intended to highlight medium sized companies that the Telegraph thinks will be the backbone of economic recovery in the UK.

Timico has in recent years regularly featured in league tables such as the Deloitte Technology 50 and the Sunday Times/Microsoft Techtrack100 fastest growing private technology companies.  These tables don’t necessarily mean much but as far as I am concerned every bit of positive promotion helps when it comes to growing the business.  It’s a tough old world out there.

It’s also worth noting another article in the Telegraph that says “Impatient entrepreneurs are not the answer“. You should read the article but a well written headline gives away the plot and in this case it’s all about growing at a pace that ensures ultimate success.

Having been been part of a start up in 2004 one always wants things to happen faster. However at Timico we have always taken the long view. We want a business that provides value to our customers and we work hard on that in the belief that this is ultimately what will create value for our investors (me included).

Last night my wife was trying to upload some photos to albelli.co.uk to generate a hardcopy album. She  wanted to take advantage  an offer from the Daily Telegraph that ran out at midnight.

The uploading did take some time but I guess the albelli servers were busy because of the promo deadline. Fair  enough. Shortly after 11pm she tried to complete the order but the discount that came with the offer no longer seemed to apply. One unhappy wife pulled the plug on the deal.

I tweeted this and had a response from a follower who had the same problem. It looks as if the set up on the server had the offer timing out at 11pm instead of midnight. Not good but mistakes do happen.

This morning I got a response from @albelli_UK with apologies for the problem and asking for more details.  By 9.40am they had sorted it out and my wife is now very happy with their service.

This is a great example of how Twitter can be used as a customer service tool.  Albelli has turned the situation from having negative PR to positive one and won over a customer. Note they will still have to offer a competitively priced service – my wife can very easily find out what the competition is up to on the wild wild web 🙂

PS yes this is the same telegraph that was hit by a DNS hack last night – as far as I can see the problem is still there at 11am on Monday morning.

If you have been trying to access the telegraph online or TheRegister tonight you might come in for a bit of a surprise as the sites look as if they have been hacked.  More specifically it looks like some  Domain Name Servers have been hacked, diverting traffic to other pages.  Many people will not notice.

Click on the header to see more of what the Register site currently looks like. At this point in time the hack is less than 30 minutes old so I don’t have any more info but if I get a chance I’ll update the post as news comes in. Or just Google it. I saw it first on Twitter.

I woke up this morning (there’s a song there…) to the news from the Daily Telegraph that ” Government announced yesterday it was pressing ahead with privately-held “Big Brother” databases”.  This is the Interception Modernisation Programme that has periodically been in the news this year with general opposition and a subject I have posted on in the past.  It would indeed have given the ISP industry a headache.

I now hear a contrary position from the Guardian which tells me “Legislation to access public’s texts and emails put on hold. Widespread concern about the safety and security of communications data prompts Home Office rethink.”

My understanding is that it is the Guardian that is right on this occasion and that the Telegraph has tapped into the wrong wires. I imagine that the Labour party has enough on its plate in the run up to an election without further alienating the voters.

“When they woke up this morning someone got their wires crossed and my head it felt confused, oh yeah. ”  I think that’s what I was trying to say 🙂